Our event was highly successful! Thanks to all who participated, volunteered and promoted our event - and thanks to all of you who came to visit! 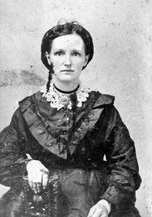 Saturday, Feb. 1, 2014, will feature a day devoted to all these activities for the general public.

On Jan. 31, 1864, a unit of Union soldiers sailed up the Pagan River to investigate Confederate activity. After landing and heading inland, they encountered a small Confederate unit, and after a minor skirmish, the Union detachment headed back to Smithfield to leave the area. Their gunboat departed without them forcing the soldiers to spend the night. Confederate Maj. N.A. Sturdivant took the opportunity to capture the Union troops. On Feb. 1, a skirmish along Main Street ensued. During the three-hour engagement, the Union gunboat Smith-Briggs arrived, and the Union troops attempted to escape. Capt. Joseph Norsworthy cut off the Union retreat with cavalry. The gunboat was destroyed by Confederate cannon fire, and the Union forces were captured. 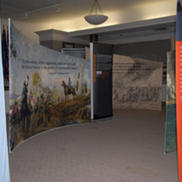 This panel exhibit, on display at the Isle of Wight County Museum through February 7, was created by the Virginia Historical Society. From 1861 through 1865 Virginia stood at the center of a military and social revolution. How we define freedom, liberty, patriotism and our nation today is directly related to the diverse experiences of the individuals who participated in the war. This exhibition encourages visitors to consider how a single event, separated from us by 150 years, so fundamentally reshaped American society that its impact is still experienced today. What was gained by the Civil War, what was lost and what is left for us to resolve? 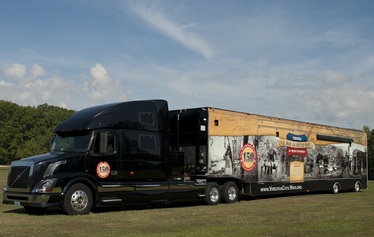 Created by the Virginia Sesquicentennial of the American Civil War Commission with a curriculum designed for grades four and up, the HistoryMobile is an interactive museum on wheels housed in a 53-foot tractor-trailer. It uses state-of-the-art technology and immersive exhibits to present individual stories from the perspectives of those who experienced the war.
The HistoryMobile was selected as a 2013 Leadership in History Award of Merit winner by the American Association of State and Local History.
Exhibits in the HistoryMobile are divided into several sections:
The Whirlwind. A film that examines Virginia’s decision to secede.
Battlefront Immersion. Conveys the experience of battle in its intensity, confusion and suffering.
Home Interrupted. Offers a first-person view of real-life dilemmas faced by civilians, soldiers and slaves during the Civil War.
Journey to Freedom. Presents the overall experience of enslaved persons amid war.
Loss-Gain-Legacy. Explores the impact of war on Virginia, the end of slavery and the reunification of the nation.

The teachers' package may be downloaded here: